iPads donated to a local school

AMS Trenchless were pleased to present 3 iPads to pupils from Ysgol Penllwyn, a local school in the Cwm Rheidol area, Aberystwyth, Wales following our work in the area. Operations Director Peter Guilliatt presented the iPads to the pupils before Christmas. To complement the new rig, we also have a newly converted lorry and trailer, complete with on board mud mixing system to form a complete package with the new drilling rig.

The new lorry and rig can be seen heading straight out to work in the pictures below. AMS No-Dig Ltd have recently carried a full re-branding excercise in association with a local Lincoln based design agency.

The re-brand involved the development of a new logo and colour scheme, a new range of ‘AMS’ fonts and most importantly a new trading name.    AMS No-Dig Ltd will now be trading as AMS Trenchless Specialists, and our website and domain name have been updated to match – www.amstrenchless.com

We now have a range of logo styles for the different activities carried out by the company, and these will be used on all documentation from now on. 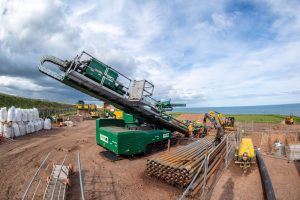 AMS Trenchless Specialists have taken delivery of a fleet of new vans, these are mainly Ford Transit Custom with some smaller VW Caddy vans included too.

The vans are vinyl wrapped using our new logo, colour scheme and branding, and all include a photographic image of our equipment in action on their rear doors. Our new Prime Drilling PD250/90 RP-C arrived at our Scunthorpe on 13th November, and is ready for work!

This new addition to our fleet will expand our capacity in the Maxi Drilling market, allowing installation of pipes up to 1.5m diameter and 2km in length.

The PD250/90 range of Directional Drilling rigs, of which we now have two, offer thrust and pullback forces of up to 250 tonnes and rotational torque of 90000Nm making these the most powerful horizontal directional drilling rigs based in the UK.

For more information on these rigs, or if you would like to discuss a project that you are working on please visit our Maxi Drilling Rigs page, or contact us. 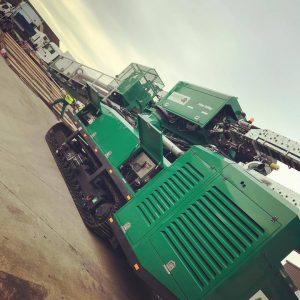 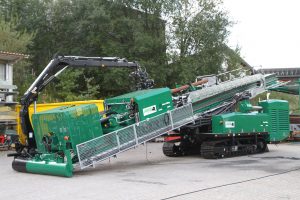 Our new PD250/90RP-C – mounted on crawler tracks – is soon to arrive with us, and will be ready for work on the larger projects. 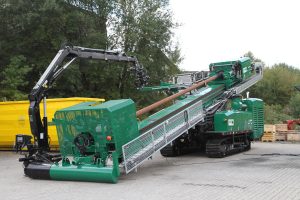 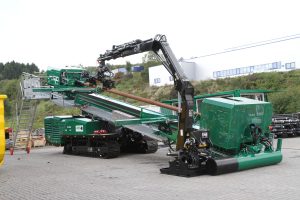 AMS No-Dig have recently purchased a second Prime Drilling PD250 to add to the fleet.   The new rig is a PD250/90 RP-C which is mounted on crawler tracks.   This rig enhances our already comprehensive fleet, and increases our capacity in the larger 250 Tonne (2500kN) pull-back force market place. This new directional drilling rig comes complete with its own control cabin, bentonite pumping unit, mixing unit and mud recycling unit